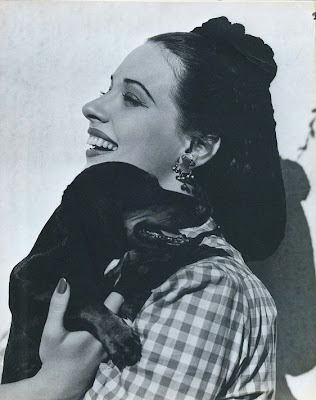 Huh? Patricia Morison (born March 19, 1915) is an American stage and motion picture actress and singer. She made her feature film debut in 1939 after several years on the stage. During her time as a screen actress she was lauded for her patrician beauty, with her blue eyes and extremely long, dark hair among her most notable physical attributes. Unfortunately, during this period of her career she was generally misused, largely in unsympathetic roles as a femme fatale or a haughty "other woman." It was only when she returned to the Broadway stage that she achieved her greatest success as the lead in the original production of Cole Porter's Kiss Me, Kate.
In recent years Patricia Morison has devoted herself to painting — one of her early passions — and has had several showings in and around Los Angeles. She never married and currently resides in the Park La Brea area of Los Angeles, California. Find out more about Patricia Morison at wikipedia.
Unfortunately, we don't know the name of her smooth black and tan dachshund. If anyone has any more information, please send it in! 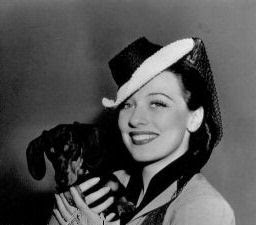 Another photo of Patricia Morison with her furry friend. 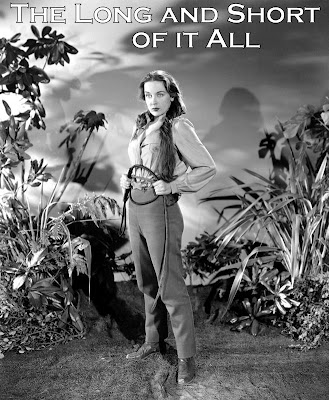