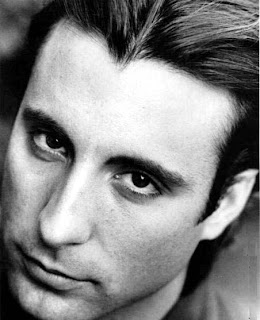 Yep, Academy Award-Nominated actor Andy Garcia is a dachshund lover. Celebrity pet blogger Lucky Diamond stopped by the premiere of Beverly Hills Chihuahua and spoke with Mr. Garcia who mentioned that he has two dachshunds and a poodle. Looks like one of the doxies is named 'Gracie.' From an article in 1999, he had a dachshund named 'Lucy.'
We'd love to see some photos of Mr. Garcia and his dachshunds. If anyone has any more information, please send it in! 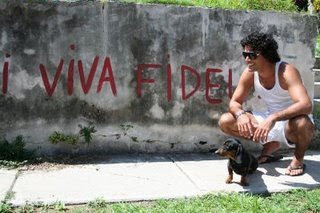 Maybe Mr. Garcia likes to be reminded of his Cuban homeland, where apparently dachshunds are quite popular. This nice photo is from Studio Lab, where it's mentioned that "I don't think there is any where on earth that has as many sausage dogs per capita as in Cuba. There are even homeless dachshunds!!!" Read more at Studio Lab, and see some more nice pics, including what appears to be some of the sad homeless wiener dogs.

Flickr also has some nice shots of our furry Cuban friends.

I'd not have thought Andy Garcia could look any sexier in my eyes, but this certainly ups the ante!

OMG!!! I ADORE Andy Garcia and never knew he was a dachsie lover... I just might have to leave my husband for him... ONLY kIDDING! Boy oh boy though... those eyes! Thanks for making my day with this post.
Barbara
www.joyfulpaws.com