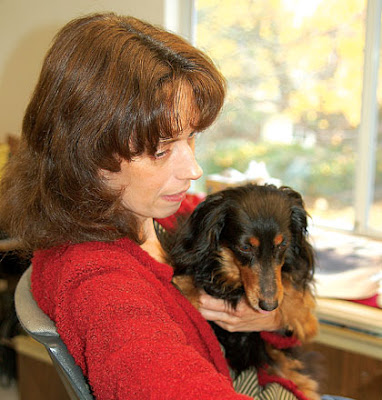 Proving once again that you can't keep a good dachshund down, here's a dachshund news roundup on a cold and very wet Tuesday, December 9th, 2008. Woof! Above, we've featured artist Dee Dee Murry before, but she's in the news in a nice article over at The Chronicle, out of Centralia, Washington. She is seen here in her studio with her pretty black and tan longhair 'Hallie.' Read all about her award-winning art and love of animals at The Chronicle. 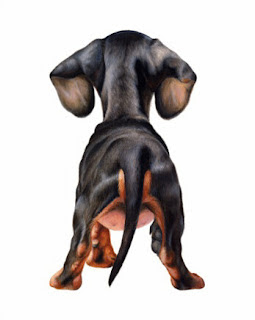 In politics, dachshund lover Donald Rumsfeld had a party a few months ago, and The Washington Post noted: The low-key brunch for 50 or so included Democrats and Republicans (although next-door neighbor Dick Cheney was not spotted), according to a guest; a "very relaxed" Rumsfeld greeted everyone by name and directed them to the lawn, where a little fleet of dachshunds zipped through the crowd. Related: Famous Dachshund Quotes: Donald Rumsfeld.

The crisis facing Britain's Kennel Club and Crufts continues after the BBC aired its documentary Pedigree Dogs Exposed a few months ago. Still yet to air on BBC America, you can watch the troubling documentary in six 10 minute clips at Daily Motion. Related: The Quest for the Perfect Dog. 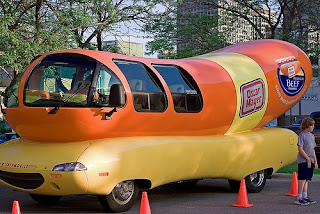 Remember the unfortunate story of the bees which attacked and killed 2 dachshunds and seriously injured their human in Florida a few weeks ago? Meet their human, Nancy Hill, in a follow-up at the Palm Beach Post. Related: Dachshund News Roundup, 10.27.08. 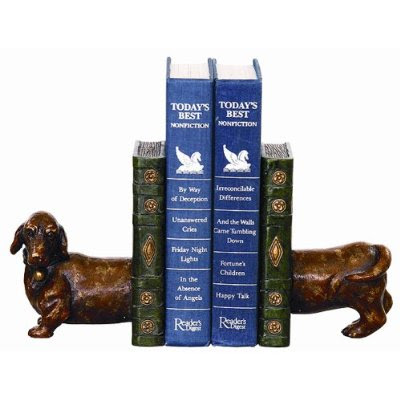 And finally, that nice E.B. White Dachshund Bookend by Levenger has SOLD OUT, and is no longer on their website! It was a limited edition of 1,000 which sold out in a few weeks. As a consolation if you didn't get your order in, these new bookends are available at Target.

Have a great day.