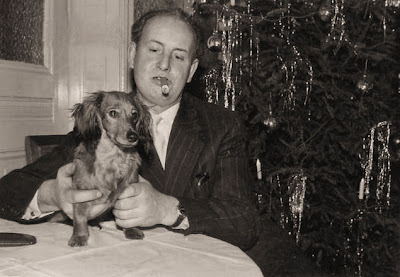 I went to the movie theater the other day and in the front row was an old man and with him was his dachshund. It was a sad, funny kind of film, you know the type. In the sad part, the dachsie cried his eyes out, and in the funny part, the dachsie laughed its head off. This happened all the way through the film. After the film had ended, I decided to go and speak to the man. "That's the most amazing thing I've seen," I said. "That dachshund really seemed to enjoy the film." The man turned to me and said, "Yeah, it is. He hated the book."
Posted by Rowdy and Bette at 8:25 AM

That is an old joke, as they say. But to a dachshund owner using a dachshund in that joke is just so funny. I laughed out loud. I love it!