Dachshunds Get A Reprieve in the News 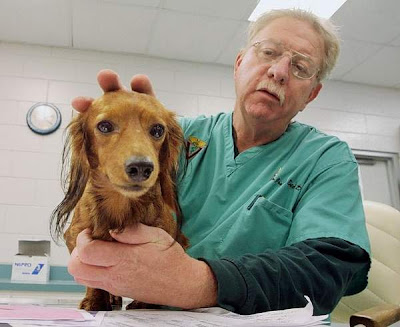 This pretty 5-year-old red longhair is one of 117 dogs seized from a home in Lakeland, Florida, last week. The owner has been charged with 123 counts of animal neglect, one count of selling dogs without health certificates, and three counts of tampering with evidence, said the Polk County Sheriff's Department.
While Polk County Animal Control has been deluged with calls from the community to adopt the dogs, they won't see new homes for about six months unless owner Carolyn Bragg signs over ownership of the animals to the Sheriff's Office.
Read more at The Ledger.
Posted by Rowdy and Bette at 8:40 AM