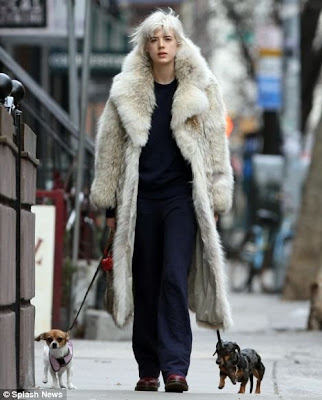 Who? Agyness Deyn is an English model currently living in New York, hailed as "the fashion industry's next great supermodel" and an "ambassador of British youth culture." She recently announced her engagement to Albert Hammond, Jr. of The Strokes, and was just voted number one in the BBC's Most Annoying People 2008. Oh yeah, she's a dachshund lover. The Daily Mail gave her a ribbing in a story today for wearing a 'Cruella De Vil' coat after sporting an anti-fur sticker just last month. We're hoping the coat is a convincing fake.

We don't know the names of her pretty smooth black and tan dapple or chihuahua, but if anyone has any more information, please send it in! 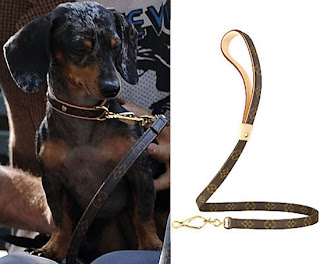 PetSugar notes that the couture canines sport matching Louis Vuitton leashes and collars which would total about $1,290 for both dogs. 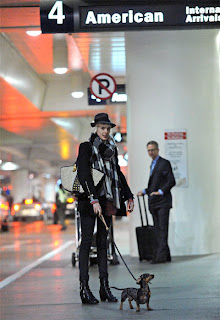 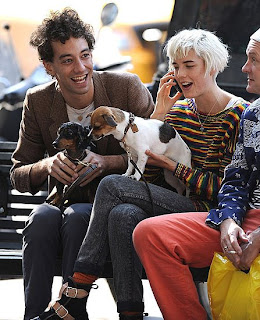