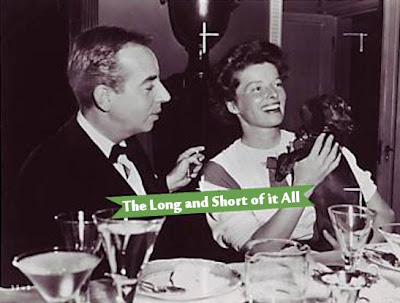 Who? We think you know! Katharine Houghton Hepburn (May 12, 1907 – June 29, 2003) was an American actress of film, television and stage.
Acclaimed throughout her 73-year career, Hepburn holds the record for the most Best Actress Oscar wins with four, from 12 nominations. Her wins included her work in the films Morning Glory, Guess Who's Coming to Dinner, The Lion in Winter, and On Golden Pond. Hepburn won an Emmy Award in 1976 for her lead role in Love Among the Ruins, and was nominated for four other Emmys and two Tony Awards.
In 1999, the American Film Institute ranked Hepburn as the greatest female star in the history of American cinema.
And oh yes, she was a dachshund lover. While we can't find any information to confirm this, she certainly looks comfortable with the pup, and we feel that only a dachshund lover would take her beloved dog to an awards dinner. If anyone has any more information, please send it in!
Find out more about Katharine Hepburn at the Katharine Hepburn Cultural Arts Center, who is helping us get to the bottom of that photo! 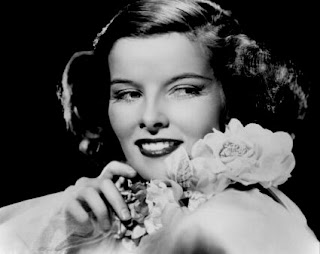 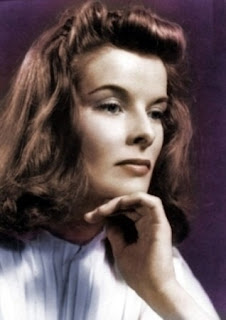 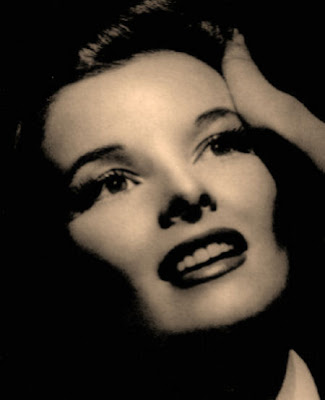 To find out a lot more about Katharine Hepburn, go to
www.katharinehepburntheater.org

The Katharine Hepburn Cultural Arts Center and Theater will be opening in the summer of 2009 in Hepburn's beloved town of Old Saybrook, Connecticut

It's going to be beautiful!

Kate was so beautiful.