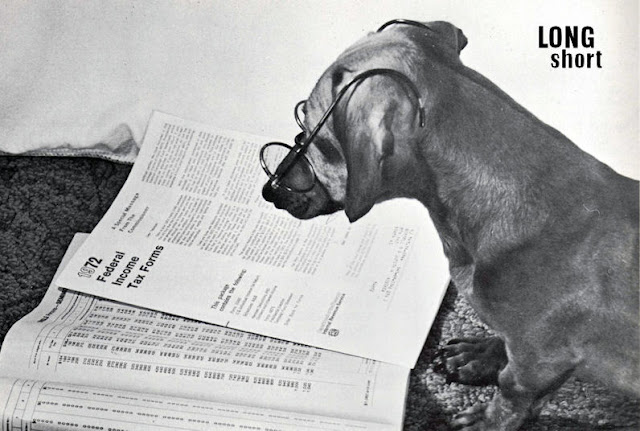 It's that time again!
Otto Herman Von Schmidt appears to be as bewildered as his master,
John Kiecker of Siren, Wisconsin, when all of a sudden he had discovered
that tax time has once again rolled around and the instructions so
clearly state that April 15 is the deadline. 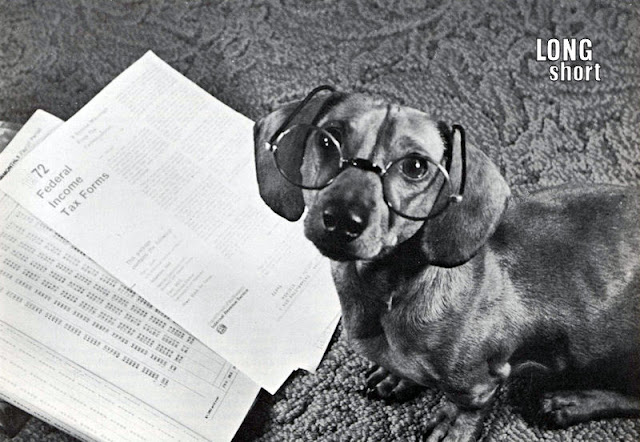 "Well, I'll just call the guy who feeds and loves me and he'll take care of it!"
Photos and text via the American Dachshund magazine, March, 1973.
2011 gives us a few more days to complete your taxes, but for the third of Americans who haven't completed them yet - have a great weekend.
Posted by Rowdy and Bette at 8:46 AM

hey i want those glasses!