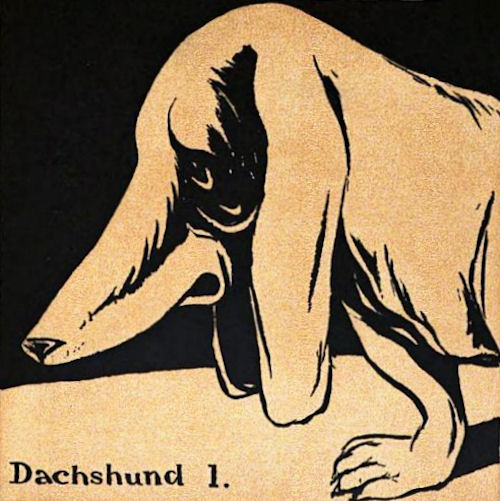 The Dachshund
Part I.
The Dachshund is the Longest Dog
In the whole Canine Catalog.
He is so Long - to show him Here
He must in Serial Parts appear.
This is Part One - Observe his Air
Of Lack-a-daisi-cal Despair.
I fear he finds it does not Pay
To wag a Tail so Far Away,
He is so very Long and Low.
And yet he was not always so.
The Dachshund once was Tall and Fleet
As any Dog you'd wish to meet.
Alas! He met a Fearful Fate.
One Day - but we anticipate
Continued. 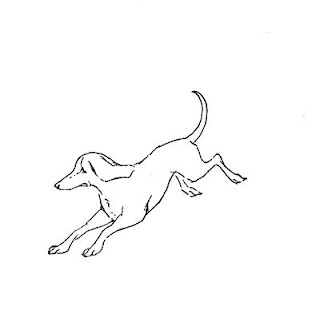 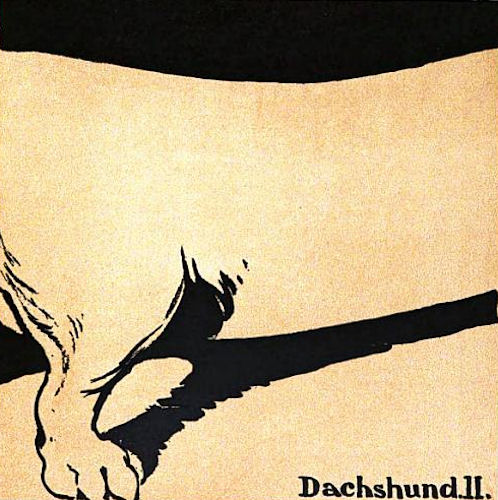 The Dachshund
Part II.
And now, Dear Reader, we must go
Back some Six Thousand Years or So
To Eden's Lovely Garden, where
With an Historic Happy Pair
Lived the First Dachshund, Tall and Proud.
The Sign that reads "No Dogs Allowed"
Hung not in Eden's Garden Bright.
And all was Joyous, till One Night
The Faithful Dog awoke in Dread,
To find the Happy Pair had fled.
Madly he searched the Garden round
But not a Trace of them he found,
When Suddenly he saw a Sight
That made him Howl with Grief and Fright.
Continued. 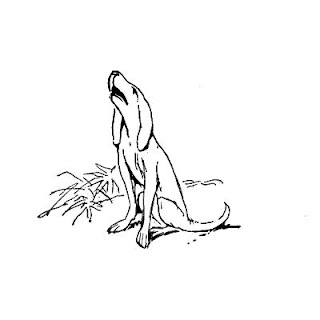 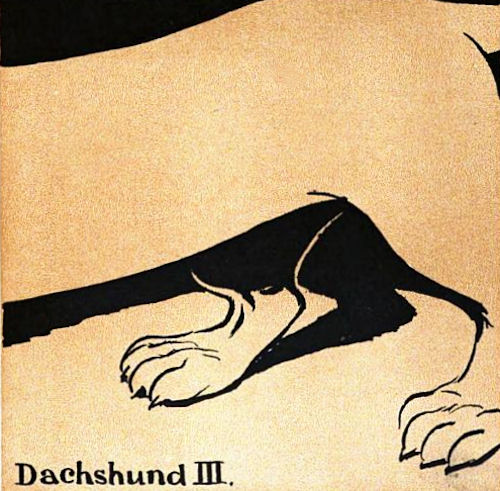 The Dachshund
Part III.
He saw with mingled Grief and Fear,
His Master and his Mistress Dear,
Thrust through the quickly closing Gate.
He sprang to join them but too late!
In vain he tried to leap the Wall;
Only one Hope was left to Crawl
Beneath the Gate.  It happened here,
By just an inch or two, to clear
The ground With Supercanine strength
He Squirmed and Squeezed, until at length,
When half way through, - unhappy luck! -
He could not move - in short, was stuck.
Here we must leave him to pursue
The fortunes of the Other Two.
Continued. 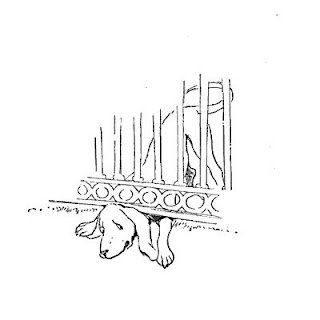 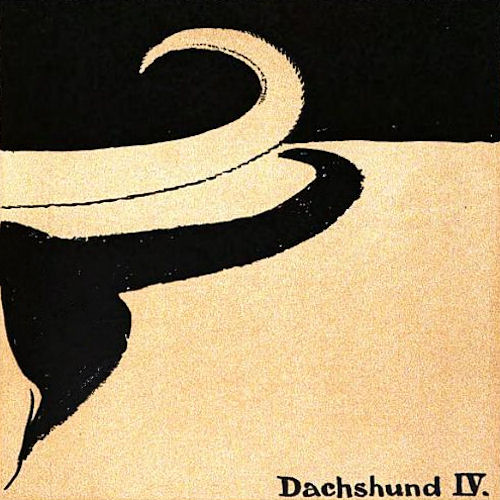 The Dachshund
Part IV.
Unhappy Pair!  Left to their Fate
In a Strange World, Outside the Gate
Without a single Friend; but hark!
What is that dear familiar Bark?
They pause a moment in their Flight
And see their Faithful Doggie's plight.
With willing Hands, and Patience too,
At last they pull him safely through.
But Oh, the Difference!  No more
The Tall and shapely Hound of Yore -
This Strange, Flat Dog with Crumpled Feet.
But let us draw a veil discreet
Upon that meeting . . .  Now we know
Why the Dachshund is Long and Low.
(THE END.)
The Dachshund from the book "More Animals" by Oliver Herford, 1901.  Images by the author. 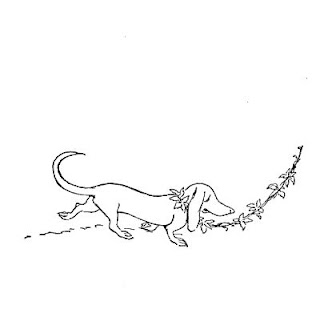 Read more Dachshund Poetry
Posted by Rowdy and Bette at 9:10 AM

Now we know the mystery of how and why the Dachshund is the size and shape he is!! Perfect poem for Earth Day 2011!! Kind regards, Jayne and Annie

Now we know...it was all Adam and Eve's doing...but I thank them because I love my "long and low"!!!