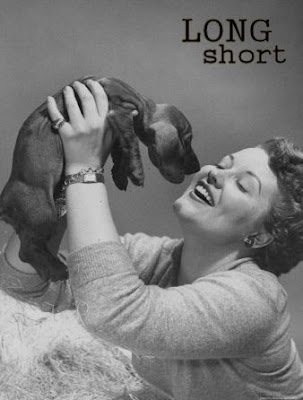 Who? Surely you've heard her golden voice. Clara Ann Fowler (born November 8, 1927), known by her professional name Patti Page, is an American singer, and one of the best-known female artists in traditional pop music.
She was the best-selling female artist of the 1950s, and has sold over 100 million records to date. Patti Page has released over 80 albums and 157 singles - an astounding 110 of which reached the Billboard charts. Her 13 gold records include such standards as I Went To Your Wedding, Mr. & Mississippi, Doggie In The Window, and Tennessee Waltz (almost 8,000,000 sold) which is the second biggest-selling single ever, after White Christmas. A musical pioneer, she was the first to record with the now-standard overdubbing process, singing both lead and background vocals. She was also the first artist to become a crossover sensation ...and she is the only musical performer in history to have her own weekly series on all three networks.

While we don't think that Ms. Page was ever owned by her very own dachshund, her accomplishments certainly require that she has a special place in dachshund history. The above promotional photo was taken in January of 1953; she is "holding a dachshund in a pet shop, trying out her new song, How Much Is That Doggie in the Window."

But wait, there's more. According to The Humane Society of the United States, Ms. Page is re-recording her classic tune with a new name and lyrics: "(Look at that) Doggie in the Shelter." She says: "When I recorded that song more than 50 years ago, 'Doggie in the Window' seemed like a sweet and harmless message, and everyone thought of the corner pet store as a place to see adorable puppies. The puppies in pet stores are still adorable, but now most of them come from puppy mills. So I've changed my tune. I want this song with new lyrics, 'Doggie in the Shelter,' to become an anthem for homeless pets, and to help people recognize the great work done by animal shelters." Find out more at The Humane Society of the United States.

Keep up with Miss Patti Page at her official site. And we're sending a huge thanks out to 'Clancy' for sending the links as an inspiration to this post, thanks so much. We love Patti Page. We relax to her sultry vocals almost every week. Old Cape Cod is our favorite, what's yours? 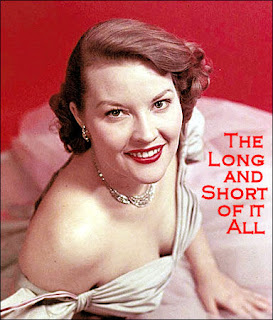 Enjoy the original How Much is That Doggie in the Window?
Posted by Rowdy and Bette at 7:17 AM

THAT SINGING RAGE MISS PATTI PAGE is an AMERICAN INSTITUTION. Whe has sold more records than any other female, over 100 million. Her "Tennessee Waltz" sold over 10 MILLION. Whe has 14 PLATINUM records, 16 GOLD, 4 GOLD Albums, and her autobiography is coming out DECEMBER 1st. Also, a new country CD to be released Nov 25. SHE IS AMAZING.