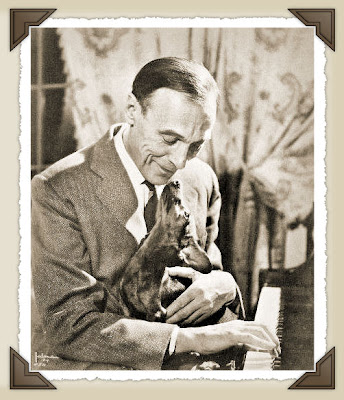 Who? Alexander Brailowsky (16 February 1896 - 25 April 1976) was a Russian pianist who specialized in the works of Frédéric Chopin. He achieved most of his fame between the two world wars.
Brailowsky was born in Kiev (although some sources suggest he was Polish), and later became a French citizen in 1926.
Brailowsky gave the first complete Chopin cycle in history in Paris in 1924, using the composer’s own piano for part of the recitals. He then went on to present a further thirty cycles of Chopin’s music, including New York in 1938 and then in Paris, Brussels, Zurich, Mexico City, Buenos Aires and Montevideo. In 1960 he decided to repeat the cycles in Brussels and Paris; although his playing by now was past its best, it nonetheless still delivered some superb nuances and an overall mastery.
Alexander Brailowsky died in New York aged 80, of complications brought on by pneumonia.

We don't know the name of his beloved red smooth dachshund. Find out more about Alexander Brailowsky at wikipedia. 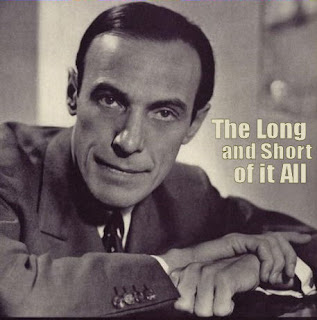 Enjoy Alexander Brailowski - Chopin, Valse Brillante in A flat
Posted by Rowdy and Bette at 10:31 PM

What a classic "doxie love" photo. Thanks once again, Carson!
Melinda