An E-mail From The Empress of Iran 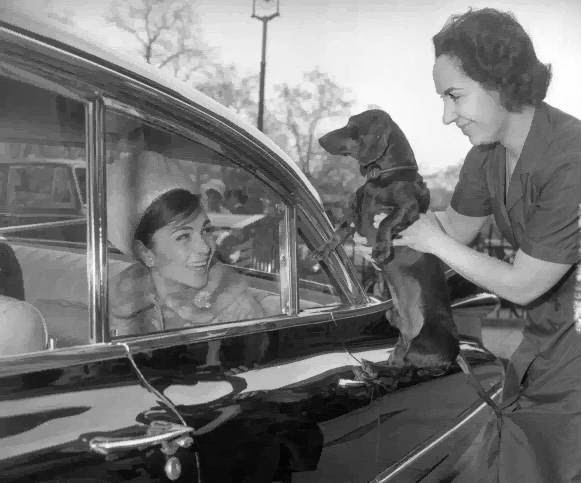 Is Farah Pahlavi, the Empress of Iran, a dachshund lover? Well, everyone loves dachshunds, but was she ever a dachshund owner? OK....let's get this right and ask the question the right way: Was the Empress of Iran ever owned by a dachshund?
The above photo has circulated on the net for some time, and has been offered for sale on ebay, but the copyright seems to rest with ViewImages. There is a caption on ViewImages which states: 1st May 1962: A member of the Embassy staff holds 'Pune' the dachshund to say goodbye to Queen Farah Diba of Iran who is leaving in a limousine. (Photo by William H. Alden/Evening Standard/Getty Images)
We were curious about the history of this photo, and whether or not Pune actually belonged to The Empress. We contacted her, and were surprised to say the least, that she graciously answered our e-mail:

Dear Joey and Maggie,
Thank you for your kind email of 02 March 08. For your information, I never owned a dachshund, and cannot recall where the photo you sent me was taken. I wish you good luck and success in all your endeavors.
Farah Pahlavi

So, that's the long and short of it all. Find out more about Empress Farah Pahlavi of Iran, including her contributions to culture and the emancipation of women, at her official site or wikipedia. 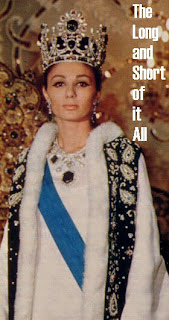 Wow, I can't believe the empress of Iran talked to Maggie and Joey about doxies! That's awesome.