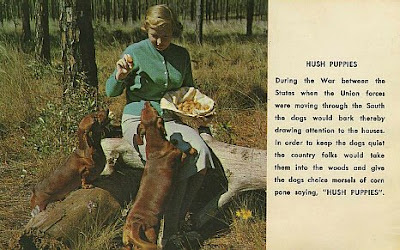 During the War between the States when the Union forces were moving through the South the dogs would bark thereby drawing attention to the houses. In order to keep the dogs quiet the country folks would take them into the woods and give the dogs choice morsels of corn pone saying, "HUSH PUPPIES."