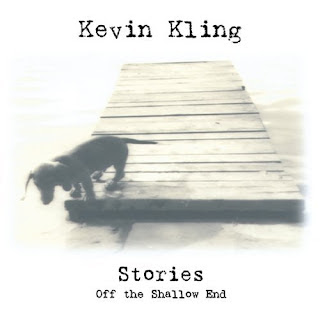 Who? Kevin Kling, who hails from Minneapolis, Minnesota, is a commentator for National Public Radio, and an acclaimed storyteller, humorist, and playwright. He has released 5 CDs of his work, including the above Stories Off the Shallow End, released in 2000.
His dachshunds are 'Olive' and 'Fafnir.' "They have the most can-do attitude," Kling says, "with the least can-do bodies."
There's a story off of the above CD, called Dogs, where Mr. Kling talks about the loss of his mutt 'Charger,' and learning to love his new dachshund 'Fafner.' It's side-splittingly HILARIOUS. Have a listen by just clicking here. It will make your day!
Mr. Kling also has a recently published book titled The Dog Says How.
Find out more at KevinKling.com. 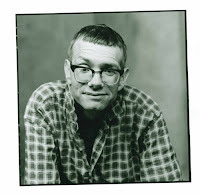 Kevin Kling (image source)
Posted by Rowdy and Bette at 7:48 AM