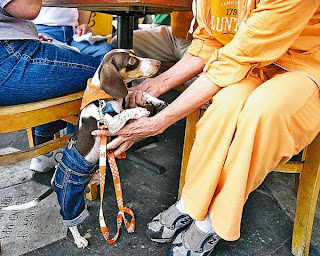 This is handsome smooth chocolate and tan piebald 'Jake' sporting his Tennessee best while being picked up by his human, Dianne Walls from Chattanooga, at a New Year's eve parade on Monday in Tampa, Florida. Jake was boarded Tuesday while Walls cheered on the Tennessee Volunteers at the Outback Bowl. Source 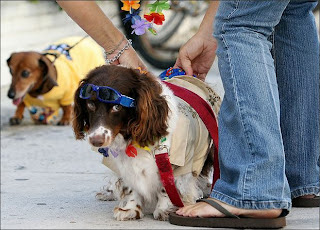 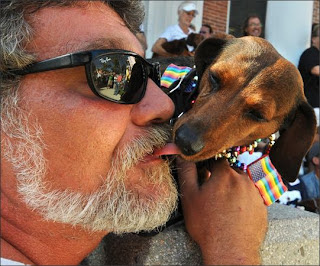