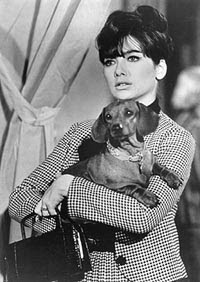 Suzanne Pleshette in The Ugly Dachshund
Suzanne Pleshette (January 31, 1937 - January 19, 2008) was an American actress, primarily known in character-type roles. The naturally brunette-headed Pleshette was best known for her role as Bob Newhart's wife, Emily Hartley, on The Bob Newhart Show in the 1970s.
Our favorite movies of hers included Hitchcock's The Birds, and of course, The Ugly Dachshund. We'll miss you Suzanne.

Enjoy this fun clip from The Ugly Dachshund. 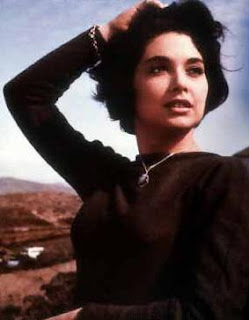 So sad for dachshund lovers! I just adore Suzanne Pleshette in this under-appreciated Disney film. From her kitten heeled shoes to her pedal pusher pants, Ms. Pleshette played the idylic 1960's suburban femme with the requisite handsome husband, adorable dogs, and rampant hijinx!

Who wouldn't want to be a guest at the Chinese themed garden party?