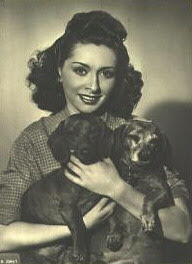 Who? Rosita Serrano (1914 - 1997) was a Chilean singer and actress who found her greatest success in Germany in the 1930s and 40s. We don't know the names of her dachshunds, but it was popular to photograph artists and their pets. In 1943, a Nazi arrest warrant for espionage ended her career, as she had given concerts for the benefit of Jewish refugees in Sweden. She didn't return to Germany, but from Sweden she returned to Chile, then she tried to start a career in the US, but was met with hostility due to the German songs in her repertoire. She tried to revive her career in Germany again in the 50s with only moderate success. She spent the last years of her life in her native Chile, and died in extreme poverty. We're betting that she sang to her doxies, and know that they provided her great happiness. You can see it in the smile on her face.
Find out more about Rosita Serrano at this translated German wikipedia link. Listen to the "Chilean Nightingale" sing at youtube. 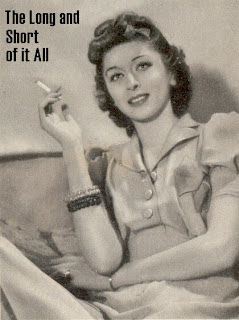