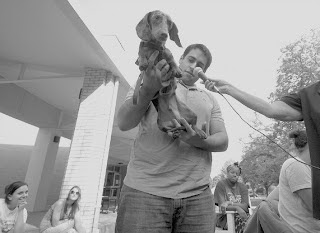 Saint Francis of Assisi (September 26, 1181 – October 3, 1226) was a Roman Catholic friar and the founder of the Order of Friars Minor, more commonly known as the Franciscans.
He is known as the patron saint of animals, birds, and the environment, and it is customary for Catholic churches to hold ceremonies honoring animals around his feast day of October 4.

Enjoy some photos of dachshunds being blessed this month. (Click any photo to enlarge). Above, Nick Scorcia holds up his miniature dachshund 'Mossimo' to be blessed by a priest during the blessing of the animals at Georgian Court University in Lakewood, New Jersey. Source 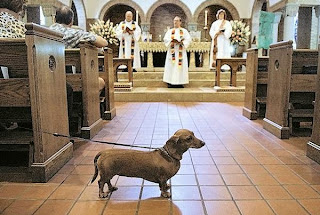 'Hannah' the red smooth dachshund came for the Blessing of the Animals at the Episcopal Church of the Ascension in Knoxville, Tennessee. Source 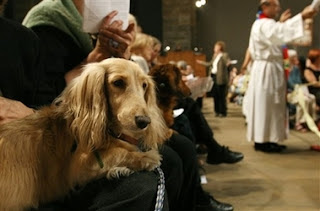 'Anna,' a longhaired english cream miniature dachshund, sits on the lap of her owner Mary D'Angelo, of New York, as they await the start of a St. Francis Day service at the Cathedral of St. John the Divine which included the Blessing of the Animals. Source 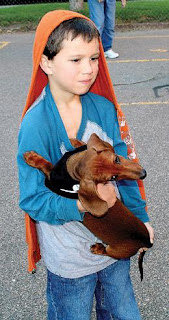 Payson Caballero holds his red smooth dachshund 'Winie' during the Blessing of the Animals at St. Anthony's School in Sterling, Colorado. His dog was already getting ready for halloween, he was wearing a pirate outfit. Source 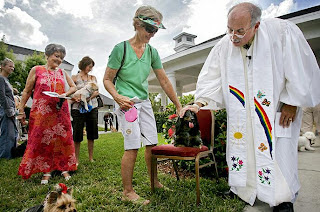 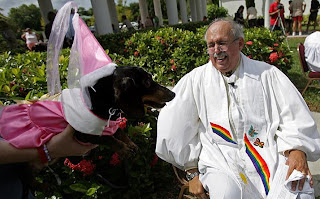 10-year-old black and tan 'Gretchen Marie' was dressed in her Sunday best for the Naples blessing. 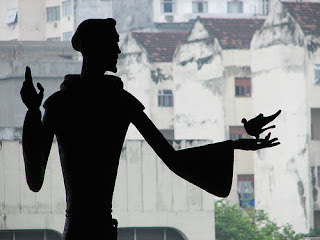 The Dominion-Chalmers United Church in Ottawa, ON Canada is having their Blessing of the Animals on Sunday Oct. 4th at 2pm in the Churchill Garden. Me and my 4 pets hope to see you all there!!! Thanks for the reminder, Joey and Maggie. Love you!!