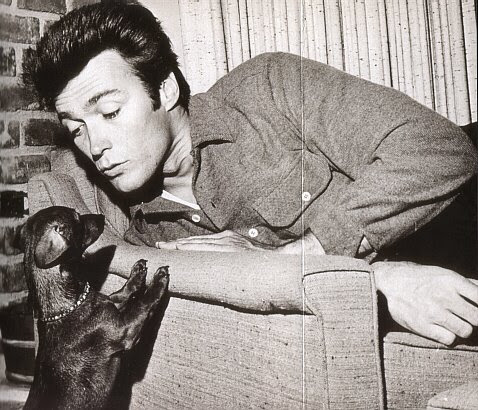 This will make your day. A huge thanks goes out to our French pal 'Bertie' (a Wodehouse fan!) for scanning this photo and sending it in. What a fantastic photo of the screen legend cooing to a little red smooth dachshund.
Clinton "Clint" Eastwood, Jr. (born May 31, 1930) is an American film director, actor, producer, and composer. He has won the Academy Award five times - twice each as Best Director and as producer of the Best Picture and the Irving G. Thalberg Memorial Award in 1995.
While his work as a director, on recent films like Letters from Iwo Jima and Million Dollar Baby, and also earlier films like High Plains Drifter and The Outlaw Josey Wales, have received a high degree of critical acclaim, Eastwood is best known for his tough guy, anti-hero acting roles in western films, particularly in the 1960s, 1970s and early 1980s. These include the Man with No Name in Sergio Leone's "Dollars trilogy" of Spaghetti Westerns, and as Inspector "Dirty" Harry Callahan in the Dirty Harry movies, both of which have become film icons.

The story behind this photo is anyone's guess, but we've never heard that Dirty Harry owned a dachshund.....er, was OWNED by a dachshund. If anyone has any more info, please send it in. Find out more about Clint Eastwood at the Internet Movie Database. 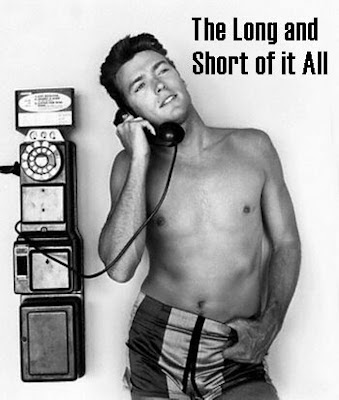 Clint, call us and tell us all about that dachshund. 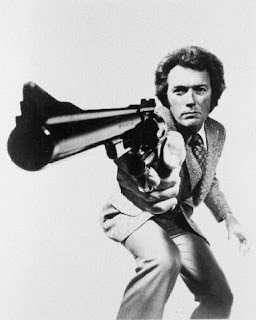