Those Special Dachshunds: Polly the Goldfish Hunter Adds Rats to Her Repertoire 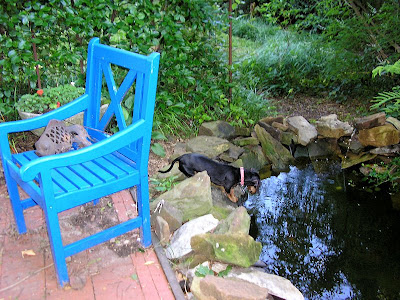 A huge thanks to Nolen Clark for a hilarious update on her tenacious smooth black and tan girl 'Polly.' You may remember Polly as the Alabama Dachshund who hunts goldfish in Those Special Dachshunds: Meet Polly! Well, check out her latest adventure:

Polly the goldfish hunter is on quite a hunting spree. The neighbors' clear-cut their lot & sent their vermin our way. Polly caught 7 rats-- three of the huge Alabama Brown Rats & 4 smaller house rats. Unfortunately, she brought them in to save them or give them away, I'm not sure. She left one on the female GSD's (Rose) bed, within minutes of it leaving the dryer, all fluffy and clean. Another she put on our daybed, and sometime after removing its head, she decided to adopt it as her puppy and take up mothering it. Not so endearing.

Not sure how many rats weren't counted, but since there has been a sudden weight gain, I am highly suspicious. And I have called off my call to adopt a mouser cat. Guess I don't need one after all.

When we ran out of rats, thankfully-- Polly was back at the goldfish pond, right back on fish duty. Before I knew it, she had nabbed my only large gold koi-- about the same length as she is. I should have taken a picture, but instead I waged war with her to remove her fish dinner, since pond chemicals render pond fish inedible. I wish I had seen her land that thing, it was really the same size as she is.

I don't even know how she did that. She wasn't even wet. I wish she hadn't grabbed it but doxies take hunting very seriously. Hard to believe she spent her first 8 years in a puppy mill, luckily her personality and doxie instincts survived.

A workman had to go in my creepy crawlspace today, and he refused to go in there without Polly to protect him! He's a doxie lover too & knew she truly would catch anything in there. 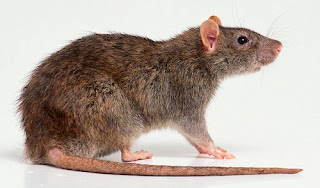 LOVE IT! My dachsie has killed mice before, but we always have to get them from him in case they have eaten poison or something, you never know. Polly sounds like a hoot!

--Linda and the critters

Too bad about the koi though. But still a fun story, thanks!

That was a great story!
I felt sad for the fishy, but my favorite part, was that you rescued your baby from a puppy mill!! You are awesome!