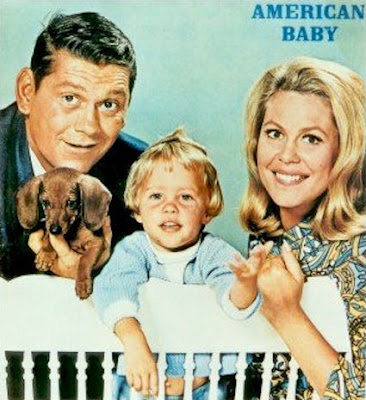 Oh my stars!! Thanks so much to our good pals 'Topo' and 'Bowie' for sending in this great old photo - the cover of the October, 1965, issue of American Baby. Surely we've seen every episode of Bewitched a thousand times, we own the shows on DVDs even, but we've never seen a Dachshund on the show. Maybe it's Uncle Arther fooling around again in this promotional photo.
The hairstyles, clothing styles, camp humor, incredible opening graphics and theme song, a returning cast of characters playing different roles, switching Darrins, and exorbitant drinking patterns make this one of the greatest sitcoms to grace our television screens. And it didn't hurt that Elizabeth Montgomery was hot. 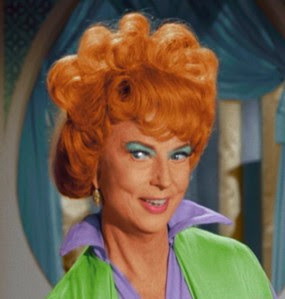 Agnes Moorehead as 'Endora.'
Posted by Rowdy and Bette at 7:47 AM