A Note from Joey and Maggie: The Pumpkin Patch 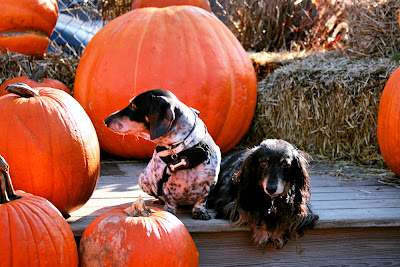 We sure had fun shopping for pumpkins in the city yesterday.  Joey had his eye on the prize to his right, but Maggie wasn't so interested - she'd rather just sit around and look pretty. 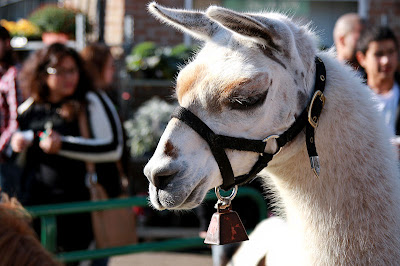 We had no idea what a llama was doing in the pumpkin patch, but he sure kept a very close eye on us.  We were too busy scrounging for dropped food used to feed the animals at the petting zoo to even notice him though.  As a matter of fact, we would have been happy to have been in a pen with all the goats if people were going to handfeed us that delicious "kibble" all day. So yummy! 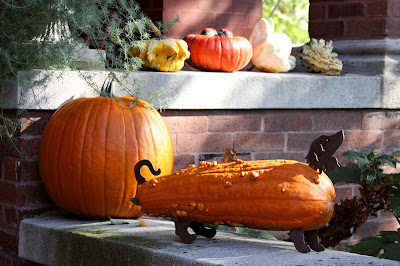 Back at home, you can see that ultimately we chose the pumpkin which was most Dachshund-like.  Because we love Dachshunds.
Posted by Rowdy and Bette at 8:23 AM

the dox pumpkin decorations are awesome!

how did I miss this?? were the doxie elements spiked into the gourd?

Hey Baxter,
Yeah they were. This was from a garden supply company, but they are now sold out. :(