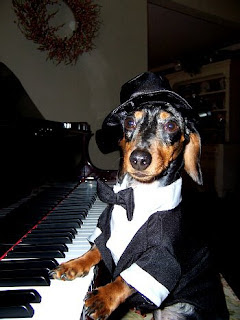 Here's a special roundup of some special dachshunds. Thanks so much for sending in the pics and stories! We love Ralph Sinatra (wouldn't Frank be proud?) in his handsome tux! Ashley P. writes: I have a mini dachshund son named Ralph. He is a year and a half. I got him from a woman in Missouri who made him live outside in a kennel. She told me his mother and sister passed away a few hours after he was born. He was so nervous and anti social when I got him that we joined the Dachshund Meet-up group in NYC. Since then, he's opened up alot more around people he doesn't know. He's such a good boy! 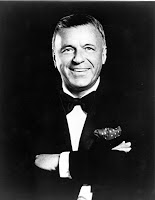 "I believe that the Hot Dogs go on!" - misheard Sinatra line 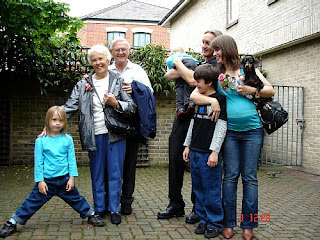 Jane A. sends a humorous tale about her beautiful smooth black and tan girl: 12 year old 'Wiggi,' (Granadan Midadz Gorravan to people not bearing cheese) was a bridesmaid when her "mum and dad" got married earlier this month. She had her own posy of dog biscuits courtesy of Gatehouse Veterinary surgery, and is currently in disgrace for stealing the brides wedding ring, which in her nearly blind (cataracts and glaucoma) state she thought might just be edible. She stole the show! 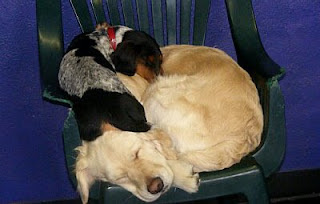 And this piebald boy with a great name knows how to get comfortable! Liz C. writes: I have longed for a longfellow for many years, and now, I have my 'Henry Longfellow.' Here is Henry, age 1.5 years, at overnight camp with his sister, Sophie, age 3. How Sophie got into the plastic beach chair is one thing ... but how did the long one get on top of her without toppling the chair? Hank (aka Oh Henry, Hankster the Pransker) is a joy who brings so much love and laughter to my world. 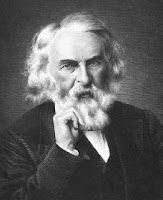 "Love keeps the cold out better than a cloak." Henry Wadsworth Longfellow
Posted by Rowdy and Bette at 8:02 AM

Oh, I love these submissions! So many wonderful wieners... Thanks yet again, Joey & Maggie, for all that you do to share the love. Zeppelin & Bruno (& Honorary D. Olga) send regards.