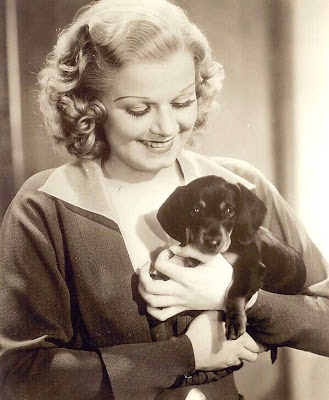 Jean Harlow? Before the days of Madonna and Marilyn Monroe, the "Original Blonde Bombshell" made her mark on Hollywood and the world, leaving behind a new image of the Hollywood sex goddess. Harlean Carpenter, later known as Jean Harlow, was born on March 3, 1911 in Kansas City, Missouri. Although she would sadly only live to age 26, Jean achieved a great deal of success during her lifetime. In an acting career that lasted 10 short years, Jean made 36 movies. Some of her other achievements included being voted No. 22 on the American Film Institute's list of the "Greatest American Screen Legends" (female), and becoming the first movie actress to appear on the cover of Life magazine.
We can't confirm that this is Ms. Harlow's black and tan dachshund puppy, but we tend to believe that it is, as it was popular to photograph movie stars and their pets at the time. If anyone has any more information, please send it in!
Ms. Harlow was quite the animal lover. On the day Hollywood canine superstar 'Rin Tin Tin' died at age of 16, Harlow, who lived across the street from his master, Lee Duncan, came over and cradled the dog's head in her lap as the famous pooch made his final exit to Doggie Heaven.

Find out more about Jean Harlow at JeanHarlow.com. 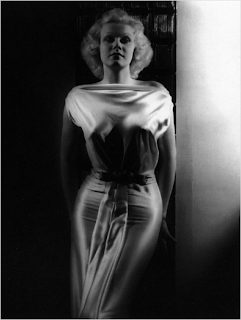 “When you lie down with dogs, you get up with fleas.” ~Jean Harlow 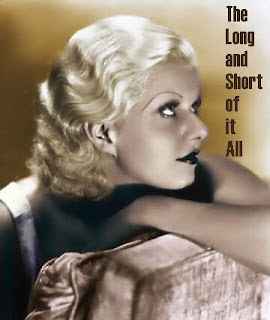 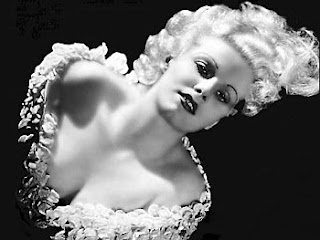