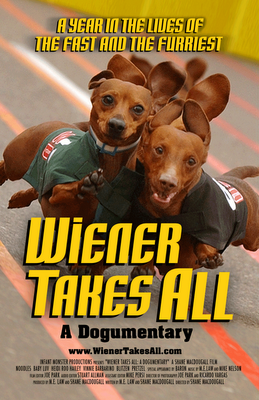 Finally! If you haven't seen this film on the film festival circuit, and even if you have, now is your chance to own your own copy! Wiener Takes All will be released at the end of September, and you can pre-order your copy now. It's anticipated that the first run of 1,000 DVDs will sell out quickly, so get your order in. There's talk that the film will be making an appearance at film festivals in 10 more cities soon, and that could be your last chance to see it on the big screen. There's even a rumor that the film might make it on to a television network, but don't tell anybody we told you that! Check out Wiener Takes All to keep informed about the additional screenings.