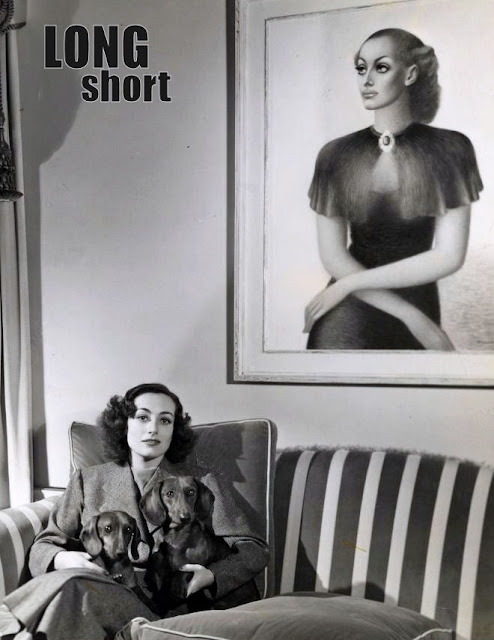 I have always known what I wanted, and that was beauty... in every form.  ~Joan Crawford

August 12, 1937, For Immediate Release:  PORTRAIT OF A LADY:  On the left is the original and on the right the modernistic portrait by Edward Biberman which recently caused great controversy in Hollywood.  It pictures Joan Crawford as an Egyptian goddess, which is the way the artist said he saw her.  The portrait hangs in the drawing room of the star's home, where this picture, with her two prized Dachshunds, Baby and Boopshen, were taken.  Under contract to Metro-Goldwyn-Mayer, her next picture is soon to be announced.

"I swear, Miss Crawford, I never TOUCHED the clothes hangers!"