All right, Mr. DeMille, we're ready for our close-up.

Sometimes we're shocked and amazed to find that one of our favorite stars was also a Dachshund Lover - as is the case with the glamorous actress and icon Gloria Swanson.  Born Gloria Josephine May Swanson on March, 27, 1899, in our own hometown of Chicago, Illinois, she was most prominent during the silent film era as both an actress and a fashion icon, especially under the direction of Cecil B. DeMille. In 1929 Swanson successfully transitioned to talkies with The Trespasser. However, personal problems and changing tastes saw her popularity wane during the 1930s. Today she is best known for her role as Norma Desmond in the film Sunset Boulevard (1950).

She collected husbands (six!), lovers (including Joseph P. Kennedy, and possibly Cecil B. DeMille and Rudolph Valentino), stars on the Hollywood Walk of Fame (two), and Academy Award Nominations (three - for Sadie Thompson, The Trespasser, and Sunset Boulevard).

Oh yeah - she was a Dachshund Lover.  While she had several dogs and cats throughout her lifetime, we've got a feeling that she was especially fond of her Dachshund, of course.  According to her archives of films, photos, and private papers which she sold to the Harry Ransom Center at the University of Texas in Austin, her red smooth Dachshund was named 'Max.'  She even penned an article written from the viewpoint of Max titled "My Name is Max Swanson...."  We hope to be able to read that some day.

In later years she was rarely seen without a beautiful carnation, a tool she used to help her quit smoking.  Gloria Swanson had a heart ailment and passed in her sleep on April 4, 1983 at the age of 84. 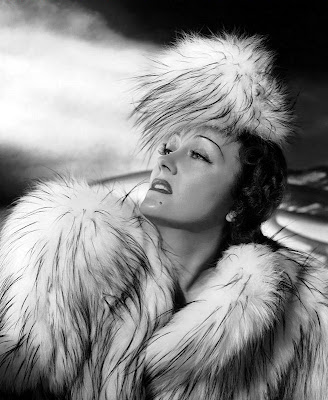 I am big. It's the pictures that got small. 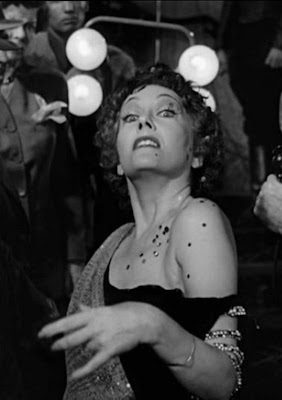 As 'Norma Desmond' in Sunset Boulevard


Theatrical trailer from one of the greatest films of all time, Billy Wilder's Sunset Boulevard.
Posted by Rowdy and Bette at 1:30 PM

The first picture inspires me to have a similar picture taken with Bridget. =) Love it!

Hi, are these photos from a book?
Whats the source?
(love your blog!)