Where's A Good Badger Hound When You Need One? 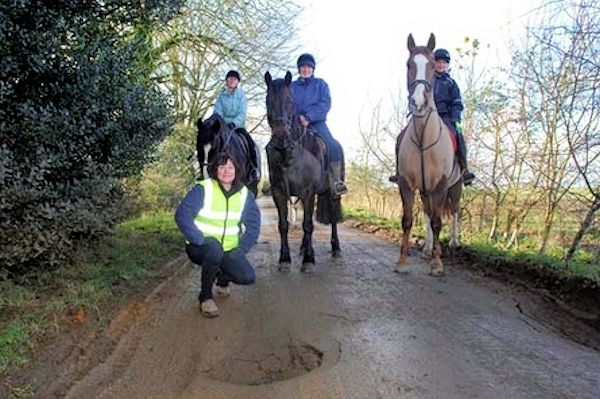 It seems to us as though Dachshunds are taking over the world, but apparently none are to be found near Somerby in Leicestershire, UK, where tunnelling badgers are being blamed for the collapse and closure of a country road.  BADGERS!!  Via This is Leicestershire:

Two large craters appeared in the surface of the 1.5 mile lane between Somerby and the hamlet of Newbold, making it impassable to most vehicles.
Highways engineers examined the damage on Friday and say the road will be shut for at least three weeks.
The subsidence was discovered by horse riders from the nearby Somerby Equestrian Centre.
Horse owner, Katie Jones, who keeps a pony at the centre, said: "The road collapsed just over a week ago. You can see where badgers have dug a hole next to the carriageway.
"It has collapsed and the road surface has fallen in. The same has happened on the other side of the lane."
"One side of the road collapsed when someone from the centre was walking past.
"The other side collapsed after a vehicle drove over it."
A spokesman for Leicestershire County Council said: "We are investigating the damage which has been caused to the road and we are in discussions with Natural England, the Government's adviser on the natural environment, as to the next course of action.

Or, an even simpler solution would be to just get some good Badger Hounds.
Posted by Rowdy and Bette at 8:49 AM

Badgers! Peni and Beau say they will be happy to chase down those wicked badgers!