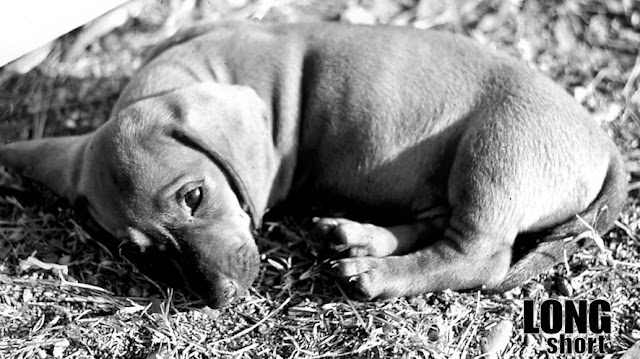 As the horrific events of the world come crashing down around you this holiday season, just stop.  Stop, relax, grab a long dog and invite them on your lap.  Caress them, fondle their ears, hug them, and read with them this Dachshund tale of a Christmas Yore:

He Should Have Known
By Bart Reedy

This article was originally printed in The Reading Times, December 26, 1969, and then re-printed in the December, 1970 American Dachshund magazine, and now, typed out once more for the readers of The Long and Short of it All, December 15, 2012.  Vintage photo circa 1950-60, source unknown.
Posted by Rowdy and Bette at 7:56 AM

Written 43 years ago. It could have been written yesterday. That's exactly what we do when there's a new puppy in the house!

So funny! I think my cat had similar feelings when she was "repatriated" to our home!