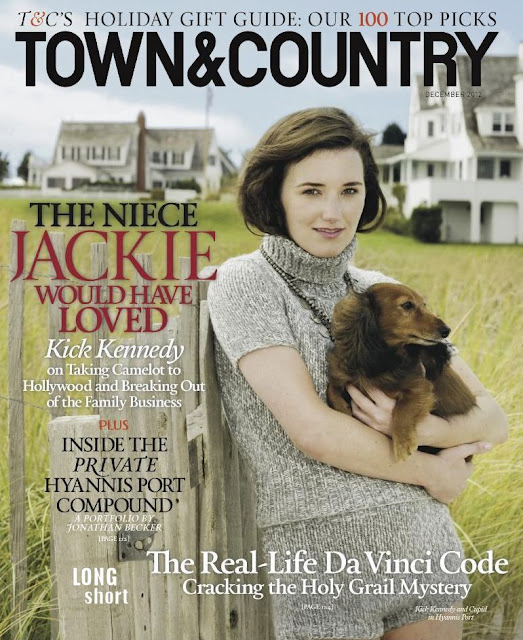 Thanks to An Anonymous Dachshundist for letting us know that there's a Dachshund on the front cover of the December 2012 issue of Town & Country Magazine!  And this isn't just any long dog, this is a Kennedy.  Via the magazine:

Kick Kennedy - RFK's granddaughter, committed environmentalist, budding actress - is shaking up the compound with laughter and her own sense of purpose.
Kick and her dachshund Cupid at the Kennedy compound in Hyannis Port.  Michael Kors sweater ($1,395) and shorts ($795).

You can find another photo of Kick and Cupid in the magazine on sale now.

Related:  Mary Richardson Kennedy (is Cupid one of the Dachshunds with Kick's father's second wife?)

Related:  John F. Kennedy
Posted by Rowdy and Bette at 7:49 AM

Great name for a cute dog. And I noticed that her feet are actually groomed!