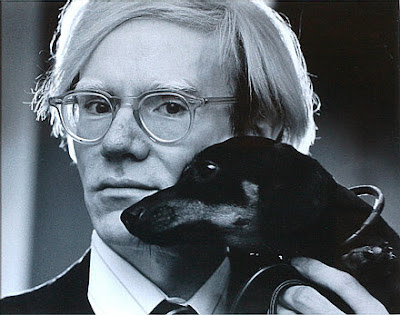 Famous Dachshund Owner? Pop Culture? Our Hero! Andrew Warhola (August 6, 1928 – February 22, 1987), better known as Andy Warhol, was an American artist who was a central figure in the movement known as Pop art. After a successful career as a commercial illustrator, Warhol became famous worldwide for his work as a painter, an avant-garde filmmaker, a record producer, an author, and a public figure known for his presence in wildly diverse social circles that included bohemian street people, distinguished intellectuals, Hollywood celebrities and wealthy aristocrats. A controversial figure during his lifetime (his work was often derided by critics as a hoax or "put-on"), Warhol has been the subject of numerous retrospective exhibitions, books and documentary films since his death in 1987. He is generally acknowledged as one of the most influential artists of the twentieth century.
His dachshunds were 'Amos' and 'Archie.' The above photo of Warhol and Archie was taken in 1973 by photographer Jack Mitchell. 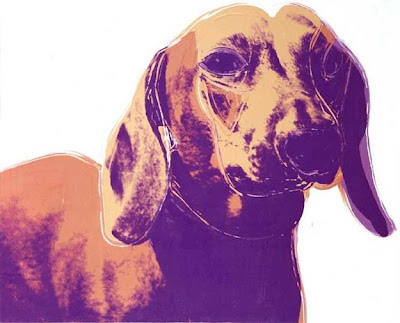 Excerpt from artnet: In the early 1970’s the era of Andy’s cats ends and Andy’s dogs begins. In 1973 Jed Johnson, Andy’s boyfriend, convinced him they should get a dog. Through a friend’s recommendation, Jed decided on a dark brown, shorthaired dachshund puppy. Jed and Andy named him Archie. It was definitely the beginning of a wonderful relationship. Andy and Jed adored Archie. Andy took Archie to his studio, to art openings, and Ballato’s Restaurant on Houston Street. The wife of the owner, John Ballato, had a toy poodle named Muffy and Andy was encouraged to bring Archie so he could be Muffy’s companion. I do not remember the dogs ever playing together because Archie was always on Andy’s lap, eating bits of food that he was handed. Archie was carefully hidden under Andy’s napkin just case a restaurant health inspector would happen to come by. John’s restaurant was very exclusive and he only allowed people he knew and liked to sit at one of his tables for lunch or dinner. It was a hangout for the emerging art world, those who were settling into New York City’s SoHo area in the early 1970’s. Andy was so attached to Archie that he would not travel to London because he could not bare leaving Archie at home or in quarantine for six months. Archie became Andy’s alter ego. Andy would hold Archie when being photographed by the press and would deflect questions to him that he did not want to answer. The artist Jamie Wyeth did a portrait of Andy with Archie being held under Andy’s arm looking like the sophisticated and regal dog that he was.
Two or three years after getting Archie, Andy and Jed got a second dachshund, this time a light brown, shorthaired puppy they named Amos. Unlike Archie who enjoyed the company of people and was very social, Amos was more like a regular dog. Archie and Amos kept each other entertained in Andy’s townhouse barking and chasing each other. Archie’s days of going out on the town with Andy ended.
During his last years, Warhol lived alone in a five-storey building with his two miniature dachshunds, surrounded by antiques, art and about 175 cookie jars. 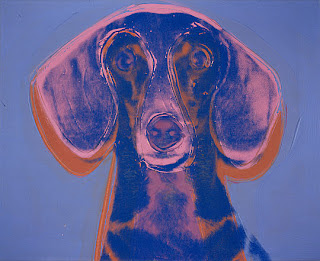 Portrait of Maurice, 1976, commissioned portrait for Gabrielle Keiller, synthetic polymer paint and silkscreen ink on canvas. To create this screenprinted image, he worked from Polaroids of Maurice, taken at Keiller's London home. 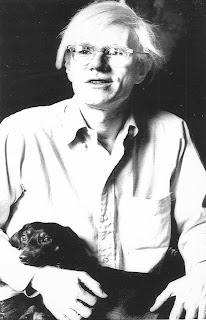 Andy Warhol and Archie sit for a press photo in New York. 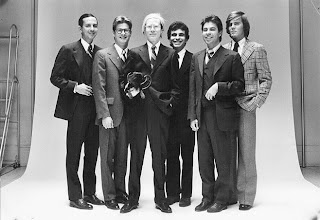 Andy Warhol, Mick Jagger, Archie
Posted by Rowdy and Bette at 11:23 AM

What an awesome blog! This is so cool!

This is a cool blog. Andy Warhol really did have a love for animals. He once said “I never met a pet I didn’t like." He even did a portfolio on Endangered Species.

It's for sure now, i'm getting one!