Ever Have A REALLY Bad Day? 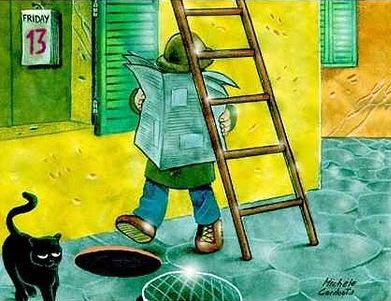 When you think your day isn't going so great, and life has handed you a bunch of lemons, consider what happened to Ellen "Kim" McKelvin last Saturday when she was driving to the vet in Hernando County, Florida, to have her Dachshund euthanized.  Via Bay News 9:

The Hernando County Sheriff’s Office is calling out one of their own for a job well done.
Early Saturday morning, Ellen "Kim" McKelvin was run off the road by another vehicle while taking her 13-year-old Dachshund to the vet to be put down, deputies say. The dog had been suffering from cancer. McKelvin careened into a ditch and hit a pole, rendering her vehicle inoperable.
Deputy Robert Santoro was first to arrive on the scene. According the sheriff’s office, McKelvin asked Dep. Santoro that the situation with her vehicle be allowed to wait so she could walk and carry her dog to the animal clinic so that she could end his suffering.
Instead, Dep. Santoro asked her to step back to his patrol car and have a seat. He then picked up the dog very gently ("just like he was handling a newborn baby," according to McKelvin) and handed the dog to her. Dep. Santoro then drove them both to the animal clinic so she could take care of her beloved pet.
McKelvin called the sheriff's office on Monday morning to express her sincere gratitude (through many tears) for the kindness, consideration, sensitivity and professionalism demonstrated to her by Dep. Santoro.
In a released statement, Sheriff Al Nienhuis wrote; "It is easy for law enforcement professionals to get the reputation of being unemotional and uncaring. Here is yet another example of an agency member going out of his way when a citizen is in an emotionally devastating situation and in desperate need of assistance. Although this is an extreme example, there are similar things happening on almost a daily basis that are known only to the agency member and the citizen. I am very humbled and proud to be the Sheriff of an agency with many individuals like Deputy Santoro.”
Posted by Rowdy and Bette at 8:33 AM

Very moving story. I am so sorry Kim .