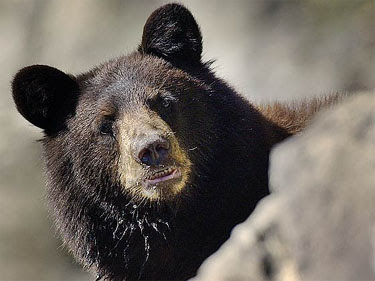 The "Woman Punches Bear To Save Dog" story has gone viral - with news agencies all over the world reporting the tale.  Dachshund Lover Brooke Collins, of Juneau, Alaska, has received offers for interviews, appearances, and even a visit to The Late Show With David Letterman.  Excerpt from the Juneau Empire:

Brooke Collins of Juneau made headlines this week after she punched a black bear in her yard to save her dachshund Fudge from the bear’s grip.
Collins’ name has been on newspapers and websites. ABC, MSNBC, Fox News, Huffington Post and NPR are just a few examples. Radio stations from Anchorage, Seattle, Chicago and others have been asking to interview her. Even large metro papers like the Miami Herald and The Washington Post have picked this up.
Besides news sites, several dog-themed websites have been on the story as well.
The next stop could be national television. CBS has contacted Collins about bringing her to New York with Fudge and her boyfriend, Regan O’Toole, who was at the house when the incident took place.
In fact, the network is interested in this story with more than its news shows. “The Late Show with David Letterman” has also contacted Collins. She’s returned the inquiry and is awaiting a response.

We certainly hope she brings her handsome boy 'Fudge' with her!  Read more at the Juneau Empire.
Posted by Rowdy and Bette at 8:41 AM