Dame Elizabeth Rosemond Taylor, DBE (born 27 February 1932), also known as Liz Taylor, is an English-American actress.  She is known for her acting talent and beauty, as well as her Hollywood lifestyle, including many marriages. Taylor is considered one of the great actresses of Hollywood's golden age.  The American Film Institute named Taylor seventh on its Female Legends list.  Source.
She is also quite hot.  And a Dachshundist. 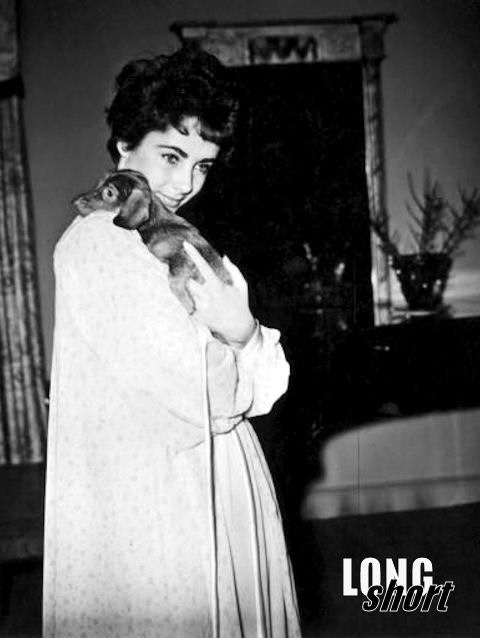 This photo has recently appeared in multiple sources on the net and appears to date from 1952.  Original source unknown. 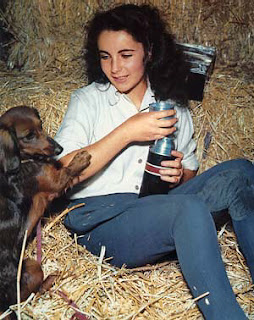