Dachshunds and Baby Seals in the News 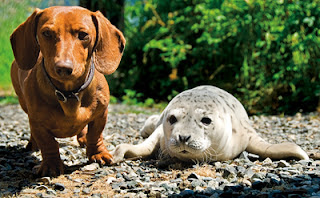 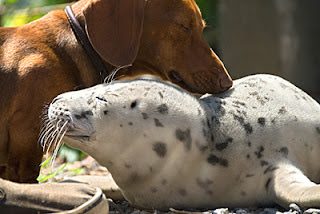 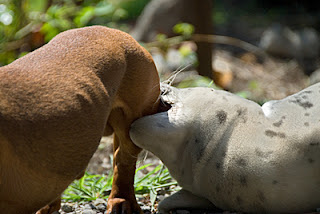 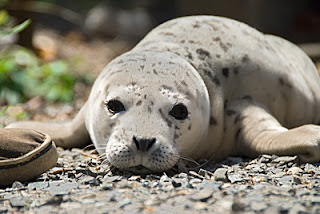 Excerpt from The Bellingham Herald: While walking the shore, Mike Bezona, 49, found a seven-day-old female harbor seal alone on the beach near his Lummi Shore Road home. Concerned it had been abandoned, Bezona brought the seal to his house. Rudy, Bezona's one-year-old dachshund, appeared protective of the pup, sniffing and licking it, even letting the seal bite its hind leg.

Excerpt from a follow-up story: If you see a baby harbor seal alone on a Whatcom County beach, don’t assume it’s been abandoned and needs rescue.
Its mother simply may be out foraging, and hauling the pup away actually does more harm than help, said wildlife and marine officials.
Posted by Rowdy and Bette at 7:05 AM