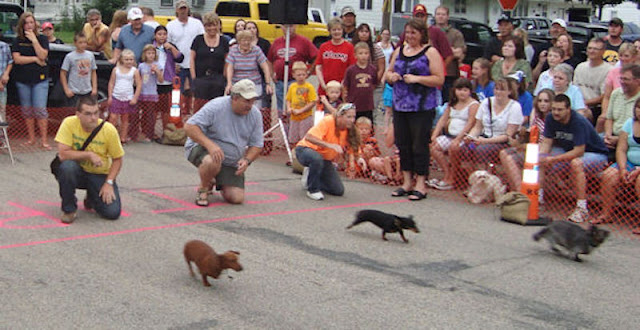 Thanks to our pals 'Oscar' and 'Hans' for sending in such nice photos of the 2011 Hot Dog Nite, which took place in Luverne, Minnesota on July 14th.  They note that there were 37 race entries, and 14 contestants in the beauty pageant.  Excerpt from the Rock County Star Herald:

Now this is our kind of celebration for the Hot Dog! 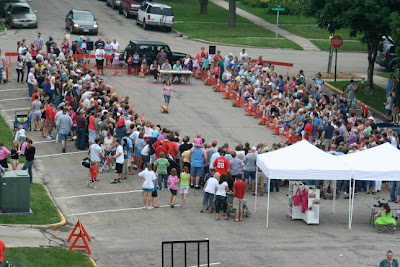 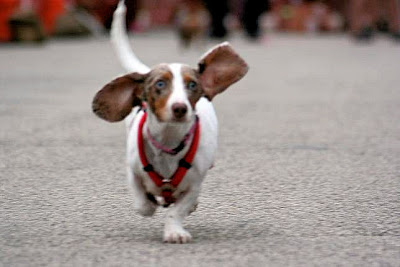 Tanya Whitcomb's entry, Harlie, races her way to a second-place finish in her heat during the Wiener Dog Races at Luverne's Hot Dog Night celebration Thursday.
Make sure to check out a bunch of photos from the event by Oscar and Hans at their flickr set:  Luverne Hot Dog Nite 2011
Posted by Rowdy and Bette at 8:50 AM