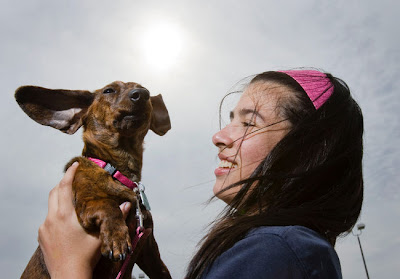 What a nice gesture by the Hamilton Police Service Division Three, out of Hamilton, Ontario, Canada.  Laura Gallego Roldan had sent off her money to the scammers, and of course the puppy never arrived.  Excerpt from The Toronto Sun:
Laura Gallego Roldan thought her dreams of having a puppy of her own had been crushed — until some Hamilton Police officers stepped up and bought her one.
Ten-year-old Laura found a little Dachshund on a well-known Internet classified site and convinced her parents to pay for the puppy which was supposed to be coming from eastern Canada.
The financial transaction took place but no puppy was ever delivered — leaving the family without money to buy another dog.
“I was really sad when the other puppy didn’t come but now I feel great because it is nice to be helped,” Laura said. “That was important to the police so I wrote them a letter to thank them.” Laura and her dog, Marla Maples, visited the police station Wednesday to say thanks in person.
“I like taking her for walks and I am just really happy,” she said.
Laura’s family reported the scam to police on May 6 and word spread quickly about the heart-broken girl and that is when officers at Hamilton Police’s Division Three uniform patrol took action.
Staff Sgt. Glenn Bullock called the SPCA to find out how much it would cost the get Laura another Dachshund.
“The officers reached into their pockets,” Bullock said. “We try to do good things and help out when we can in cases like this where this little girl and her family get scammed.”
The officers raised enough money to buy a puppy, give it the necessary shots and make a donation to the SPCA.
Way to go. 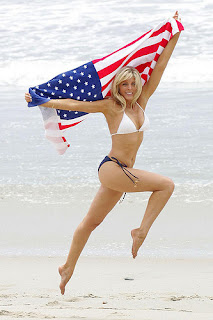 Okay, the police were very kind and I'm happy for the family, united with a beautiful doxie puppy at last. Joey, that photo of Marla Maples is RANDOM!!! LOL