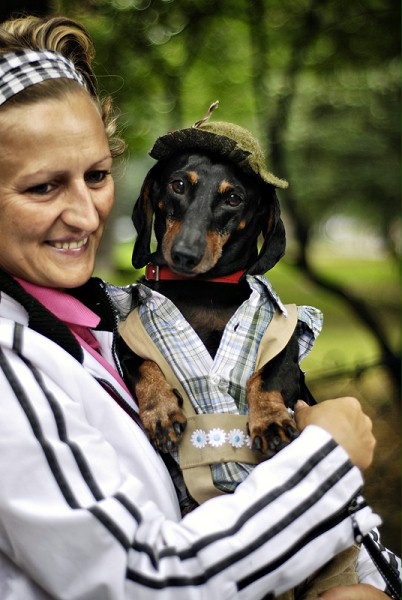 Photo source
Thousands of Dachshunds descended upon Krakow, Poland, on Sunday for what is arguably the largest Dachshund event in the world:  Marsz Jamników, or March of the Dachshunds.  Now in its 18th year, the annual event is sponsored by Radio Krakow and features a march through the streets of Krakow (with a marching band of course), a costume contest, and an art contest.  This years event also featured booths with a dog trainer, veterinarian, animal nutritionist, pet sitter, and even the police were on hand to advise on how to report animal cruelty.  The theme for this year's costume contest was "Dachshund the Traveller", and long dogs can be seen in dress from all over the world.  How we wish we could attend this event one year. 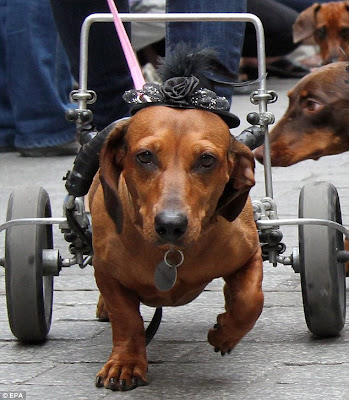 This year's event was covered well in the press, and thanks to some friends for sending in links.  See some fine photos and a video at The Daily Mail. 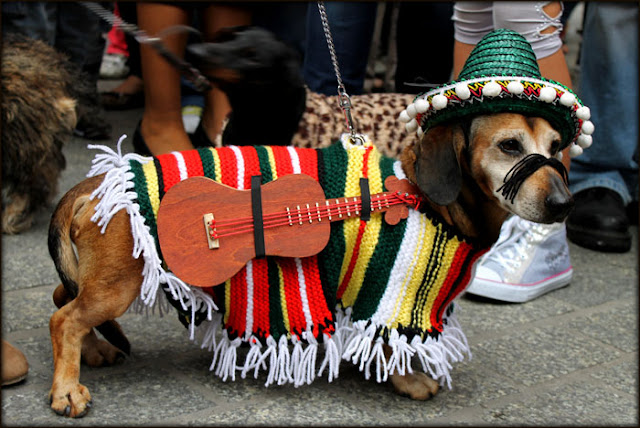 The winner of the costume contest was 'Borys', who hails from Nowy Targ in southern Poland.


And 'Enzo,' a long dog who hails all the way from Manchester, England also writes with a link to a fun video:

Greetings from Manchester!
We've just found this great video of the Krakow dachshund parade!  It's great to see Polish dachshunds dressed up to the nines and strutting their stuff.

Here's the link:  The Telegraph

Maybe we can encourage our Mancunian brethren to start a British sausage dog parade!
Posted by Rowdy and Bette at 9:07 AM

I wish there was a way to let our Polish friends know that in no way are Dachshunds going out of style! There are so many American dachshunds that come together for celebrations across the country that they would be most welcome to attend. Chicago especially! :)