We're sure that you remember our pal Gauis, the tricky little Dachshund who starred in the fun video Play?, and later went on to be the first-ever Dachshund to win a trick title?  If you're keeping up with him on his blog, Untrainable Dachshund, you know what a busy boy he is, but here's a great update from his mom:

I thought I'd bring you some Dachshund news from the Virgina Henrico Pet Expo. Our little long haired miniature Dachshund Gauis Baltar participated in both the trick demo and the dog agility demo. He was quite a hit, especially since he was the only small dog to participate in the tricks demo. This video highlights some of the highlights of his performances (With a few new tricks since our last video).

Yours truly,
Elizabeth and Gauis 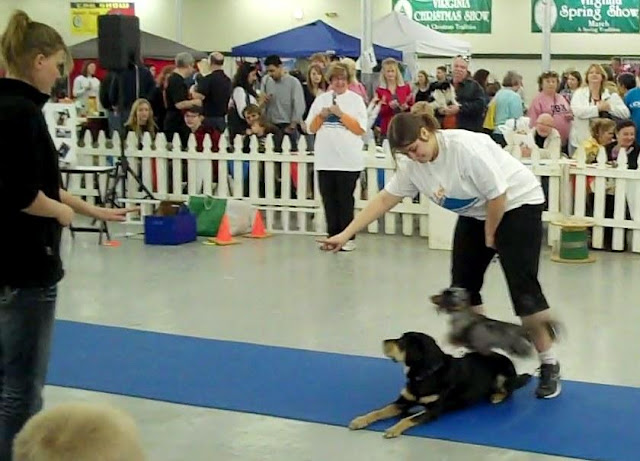 Gauis jumps over his friend 'Lindie,' a black and tan lab. 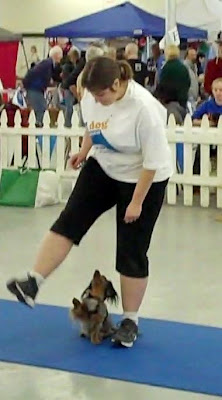 Wow, wow, wow. Such a beautiful dog plus smart and nimble to boot! (And Elizabeth, you are obviously an amazing teacher/coach!)

Becky (and Michael the doxie)