26 Hours In The Drainpipe 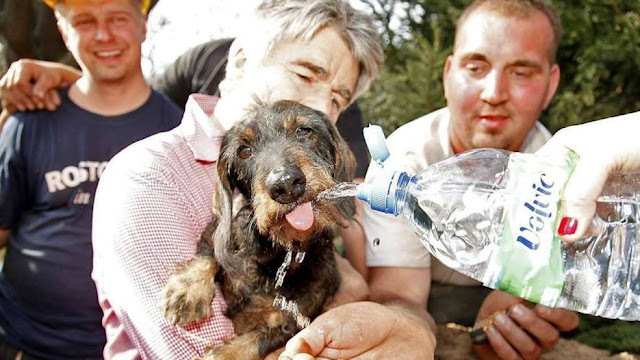 There was Dachshund Drama in Berlin on Tuesday when 'Oscar' and 'Emmy' went for a walk only to disappear in a drainage pipe.  Oscar came back out after an hour and a half, but the award goes to 11-year-old Emmy, seen here, for getting stuck for the next 26 hours.  Her owners feared it was all over for her, as she is on heart medication twice a day, and her whimpers were getting weaker as time dragged on.  Thankfully some fine water company workers were able to free her at last.  Via Bild.de 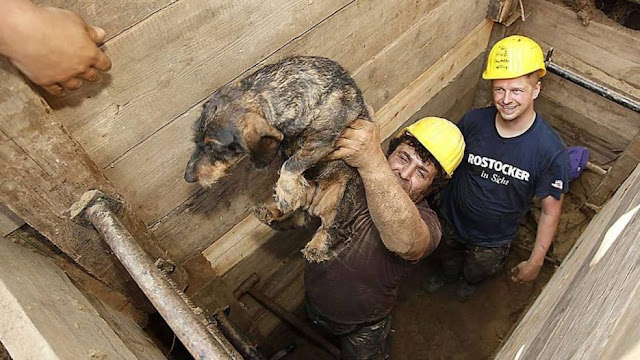 Oh my gosh!! Thank goodness those good people could get her out!