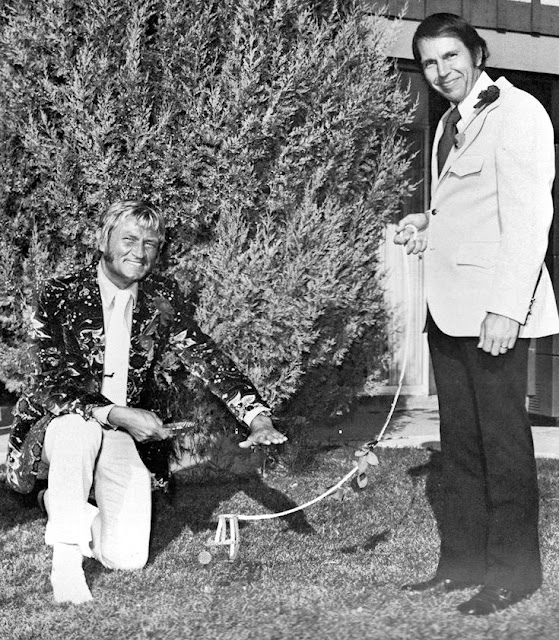 Reported to be the hit of noontime activities at September's Golden Gate Dachshund club specialty was Hoganschiest, the invisible Dachshund.  Bill Nix (left) did judging honors, including thorough examination on table (Hoganschiest had two!) and observation of gait.  Mel Cutler brought Hoganschiest back from Germany and also handled during lunchbreak of regular class judging.  Most exhibitors ate at ringside in order not to miss this hilarious performance.  Photo by Bill Francis.
via the American Dachshund magazine, November, 1972.
Is there a Dachshund there, or are we just blinded by Mr. Nix's choice of blazers?
Posted by Rowdy and Bette at 9:33 PM

Luv this. The dog is very beautiful. LOL. It should have the name "Harvey" from the Jimmie Stewart movie. Liz