Dachshunds in Pop Culture: This is Not Audrey Hepburn 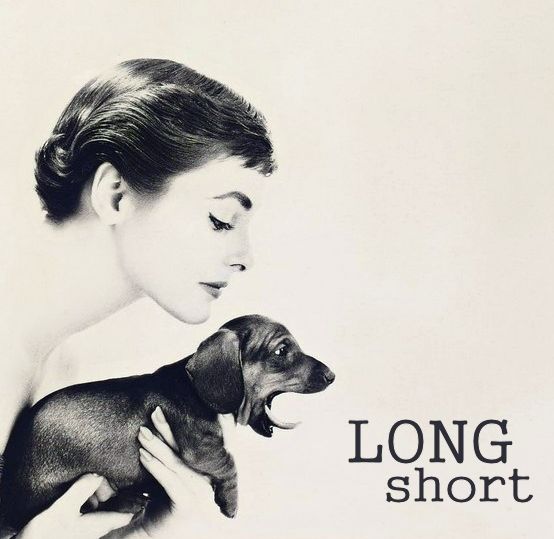 UPDATE:  See how internet rumors get started?  An anonymous Dachshundist sent us this photo of what was claimed to be Audrey Hepburn, and we found the photo on several sites which also suggested that it was Audrey Hepburn.  But a little research prompted by an anonymous commenter, which we should have done before we posted it, showed that, no, it is instead Coiffure, for Harper's Bazaar by photographer Lillian Bassman, who passed away earlier this year.  Source:  Artnet.

Regardless, it's a beautiful photo, and we're still going to sing-a-long with Moon River.

Audrey in Breakfast at Tiffany's

You've heard Moon River covered a thousand times, even by the likes of REM, but, endulge us, Morrissey covered it best.
Posted by Rowdy and Bette at 9:26 AM

We LOVE Moon River! That was Mommy & Daddy's wedding song. Mommy sings it to us all the time. Thanks for sharing...