Moxie, The Dachshund of Fallingwater 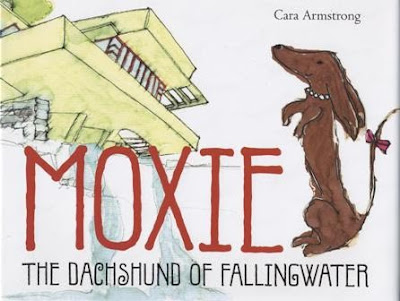 Moxie, The Dachshund of Fallingwater is a brand new children's book written and illustrated by Fallingwater's Curator of Education, Cara Armstrong. "Fallingwater," also known as the Edgar J. Kaufmann Sr. Residence, is a house designed by American architect Frank Lloyd Wright in 1934 in rural southwestern Pennsylvania, 50 miles southeast of Pittsburgh.  Original Fallingwater owner Mrs. Kaufmann raised Dachshunds as show dogs!
This children's book romps through Fallingwater through the character of one of the Kaufmann Dachshunds, a longhair named 'Moxie.' With humor and intelligence, Armstrong not only provides a wonderfully imaginative child's tale, but also teaches the child many basics of architecture in general and of Fallingwater. While the book won't be distributed nationally and internationally until April 2010, signed copies are available now, only at the Fallingwater Museum Store.
Find out even more about Moxie and the Kaufmann Dachshunds, and see some illustrations from the book at Inside Laurel Highlands. 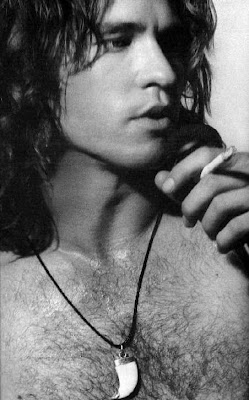 According to Pittsburgh Live, the author recently had a book signing at Fallingwater, and actor Val Kilmer, seen here as Jim Morrison in the movie The Doors, picked up a few copies for his children.
Posted by Rowdy and Bette at 8:58 AM