Gearing Up For Halloween 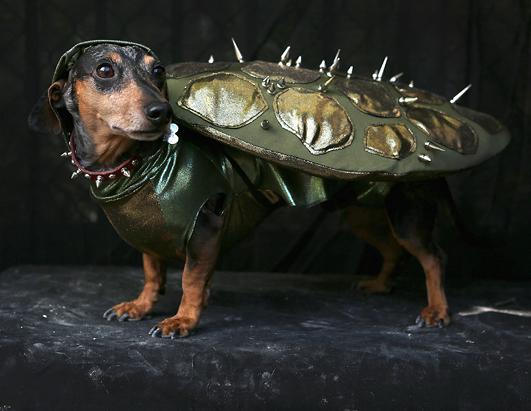 Over 2,500 spectators cheered on over 400 costumed canines on Saturday for the 22nd Annual Tompkins Square Halloween Parade in New York City.  More than $8,000 was raised by the sponsor, Friends of First Run, to benefit the city’s largest and oldest dog run. Above, 'Pepper' poses as a tough little turtle.  Source. 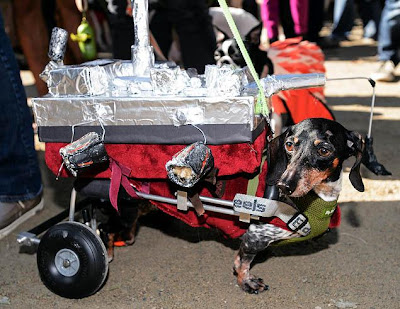 This pretty black and tan Piebald, 'Gretel,' is dressed as a 'Mars Rover.'  Source.