Wirehairs in History: A Presidential Presentation 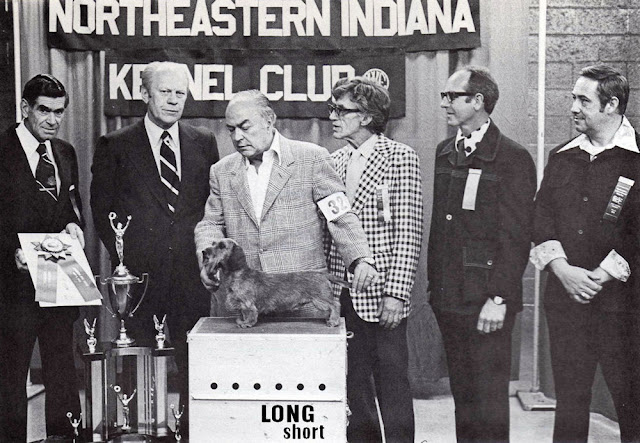 It's Wirehair Wednesday, and boy have we got a special treat today.  It's not too common for a Dachshund to take Best in Show, and it's even less common for a President of the United States to present the trophy.  But it happened 35 years ago, when President Gerald R. Ford presented the BIS trophy to Ch Spartan's Sloe Gin Fizz MW.  Via the American Dachshund magazine, May, 1976:

Related:  Dachshunds in the White House
Posted by Rowdy and Bette at 9:19 AM

Handsome dachshund! But Gerald Ford has quite a look on his face...LOL!!!