This Dachshund Just Keeps On Smiling, Even After Being Attacked Twice By German Shepherd 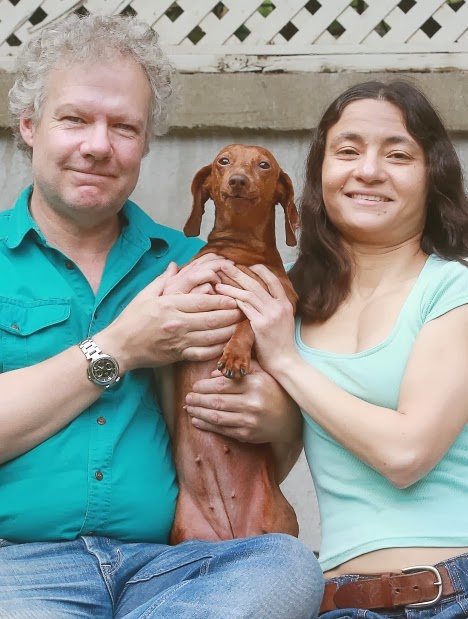 Will you look at how happy this little girl named 'Clementine' is?  You'd think that after being attacked twice by a German Shepherd at the Central Experimental Farm in Ottawa, Ontario, Canada, that she'd let her happiness guard down a bit, but apparently not so for her.  Both attacks required thousands of dollars of surgery to set her on the mend.
Now Clementine's humans, Matthew Redding and his wife, Hoda Shawki, think that the same unleashed German Shepherd has attacked another small dog at the Experimental Farm last Friday, and they are wondering why city bylaw officers don't seem willing to do anything to stop it.
You can read all about it at the Ottawa Citizen.
Posted by Rowdy and Bette at 7:47 AM