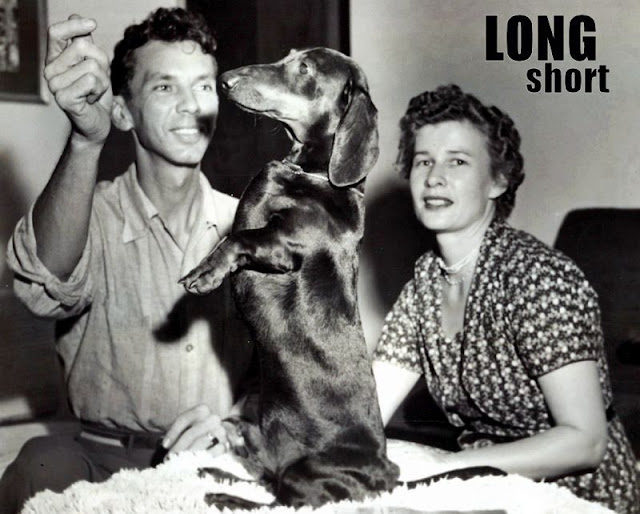 Up Pretty Boy
Mighty proud of Konrad the pup are Jack and Peggy Aldrich.  When Mrs. A. gave teletypist Jack the Dachshund for his birthday June 3, neither knew they would soon have a celebrity in the family.
Last week Konrad so impressed judges at the Clearwater Kennel Club's puppy show (an American Kennel Club sanctioned event) that he came home with a second place ribbon in his class.  This despite the only training he had was a few brief lessons in walking on a lead.
Jack figures the dog would have taken first place if it had been schooled in show presentation.
News Release, source unknown, circa 1953.
Posted by Rowdy and Bette at 8:44 PM