There Are A Thousand Ways To Hold Your Dachshund 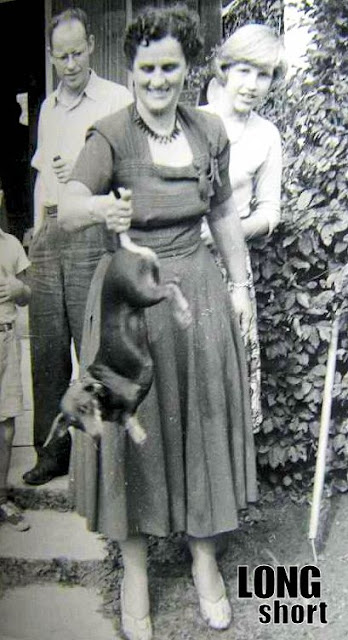 But this should not be one of them.

According to legend:  The dachshund's tail extends directly from its rear in a thick, straight line before narrowing to a point. Originally, this sturdy tail served as a built-in handle for hunters needing to pull their dachshunds from a burrow hole. When relaxed, the dachshund lowers its tail a few inches below the pelvic bone line. If the dachshund is angry or agitated, its tail whips back and forth in a straight line.


Respect our tails. Watch our tails.  Learn from our tails. They will reveal you all you need to know about us.  And don't be jealous because you ain't got one.

You can see the distress on that poor dog's face. How undignified!

i agree with both comments!!
pull OUT not UP!!!!

Poor little dachie. I wonder if any of his tail nerves were severed.