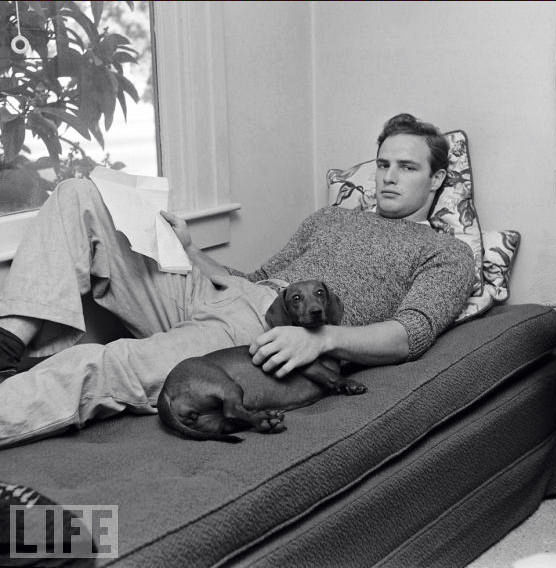 Thanks so much to our Portuguese pal 'Oscar' for sending in the link to these newly released beautiful photos of Marlon Brando by Life Magazine.  We can finally set the record straight with real photos of Brando with a Dachshund!  See, no doubt that like you, we're big Brando fans, and the very first 'Dachshunds in Pop Culture' column we posted back in 2007 was of a photo of the legendary screen actor with what appeared to be his Dachshund. After staring at the photo for a few days and comparing it to a photo of a Dachshund who was supposed to be the original 'Toto' in The Wizard of Oz, we realized they were all photoshopped and we quickly debunked them as Famous Dachshund Myths and Urban Legends.
While the Dachshund in these photos belonged to Brando's grandmother, it's all in the family, and that's good enough for us.  Meet charming red smooth 'Kurtze Beiner,' German for "short legs". See 20 photos in this set at Life Magazine.  These are the 3 with Dachshund in tow.
Above, Though Brando was happy to stay in the bungalow, insisting he needed a homelike atmosphere while filming and not some swanky Beverly Hills hotel room, his aunt Betty Lindemeyer wasn't exactly thrilled with her houseguest. LIFE reported he stayed out till all hours and had a particularly insatiable appetite for a very messy fruit: "The Lindemeyers scoured pomegranate stains from walls, furniture, and ceiling for weeks after his departure." Here, Brando lies with his grandma's dog on his aunt's couch, where he crashed while in production. 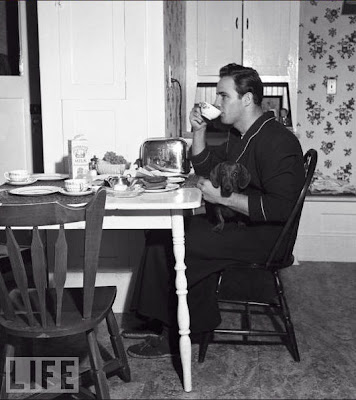 Once filming on The Men began, Brando moved out of the veterans' hospital and into the small bungalow of his aunt in Eagle Rock, Calif. During this period Brando's maternal grandmother, Elizabeth Myers, was also a houseguest: "She was quite abashed because [LIFE photographer] Ed [Clark] took pictures of Marlon in a bathrobe, which happens to be hers," reported a production assistant among the notes found in LIFE's archives. Grandma Myers was also apologetic about the barbaric way Brando ate: "Bud doesn't bring the food to his face," she told LIFE. "He brings his face to the food." On Brando's lap as he slurps his coffee: his grandmother's dachshund, named Kurtze Beiner (supposedly German for "short legs"). 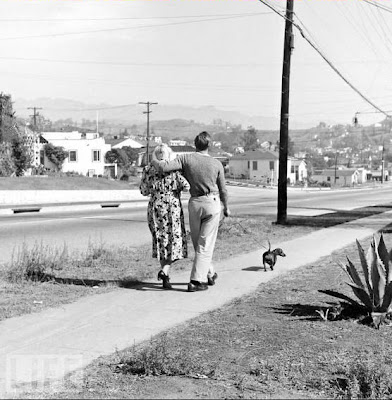 Brando goes for a stroll with his grandmother and her dog. Though the movie he was working on would not be a commercial hit, The Men firmly established that Brando was as powerful a presence on film as he was on the stage, and proved wrong anyone who may have doubted his talent because of his eccentricities. From LIFE: "Even behind his indistinct mutterings of lines, audiences and critics have sensed in Brando a combustible, highly charged spirit, a quicksilver of restlessness of the sort that can command with equal power the empty spaces of a stage or the slick surface of a screen." And he was just getting started. 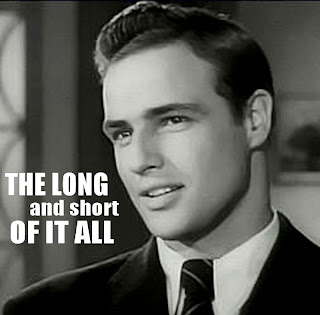